With the ultimate vision of positioning Dubai as the world’s leading tourism destination and commercial hub, Dubai Tourism’s mission is to increase the awareness of Dubai among global audiences and to attract tourists and inward investment into the emirate. Dubai Tourism is the principal authority for the planning, supervision, development and marketing of Dubai’s tourism sector. It markets and promotes the Emirate’s commerce sector and is responsible for the licensing and classification of all tourism services, including hotels, tour operators and travel agents. Brands and departments within the Dubai Tourism portfolio include Dubai Business Events, Dubai Calendar, and Dubai Festivals and Retail Establishment.

The Community Development Authority (CDA) was founded by a decree of H.H. Sheikh Mohammed bin Rashid Al Maktoum, Vice-President and Prime Minister of the UAE and Ruler of Dubai in July 2008. CDA is responsible for setting up and developing a framework for social development, and aims to achieve the goals outlined in the Dubai Strategic Plan 2015 (DSP), as declared by H.H. Sheikh Mohammed Bin Rashid Al Maktoum in February 2007.

Dubai Civil Aviation Authority was established as an autonomous body by the decree issued by His Highness Sheikh Mohammed Bin Rashid Al Maktoum, Vice President and Prime Minister of the UAE and Ruler of Dubai, by proclamation of Law No. (21) of 2007, to undertake development of air transport industry in the Emirate of Dubai and to oversee all aviation related activities.

A pioneer in inbound tourism in the region since 1996, Royal Gulf Tourism Dubai is an ISO Certified Destination Management Company assisting travelers and planners across the world discover, build, and deliver bespoke experiences in the UAE.

As a reliable and preferred DMC, we offer the best across accessible-friendly hotels, airport meet and greet services, safe and comfortable transfers for differently-abled guests, expert-guided excursions, 24/7 assistance by well-trained staff, and personalized solutions supported by well-established infrastructure.

Having welcomed over 1.5 million travellers since inception, we believe, travel whether for business or leisure, has to be memorable and joyous.

For guest relaxation and rejuvenation, a range of unique and luxurious spa treatments are available in the Saray Spa, including 17 separate treatment rooms, the UAE’s only Dead Sea Floatation Pool and traditional Arabic Hammams. The hotel also provides complimentary high-speed Wi-Fi in all public areas and guest rooms, shuttle services to The Dubai Mall. 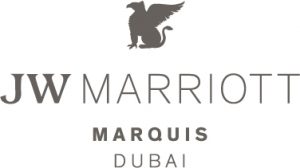 From its home in Dubai, flydubai has created a network of more than 90 destinations served by a fleet of 55 aircraft. Since commencing operations in June 2009, flydubai has been committed to removing barriers to travel, creating free flows of trade and tourism and enhancing connectivity between different cultures across its ever-expanding network.

flydubai has marked its journey with a number of milestones:

An expanding network: Created a network of more than 95 destinations in 50 countries across Africa, Central Asia, the Caucasus, Central and South-East Europe, the GCC and the Middle East, and the Indian Subcontinent.

Serving underserved markets: Opened more than 70 new routes that did not previously have direct air links to Dubai or were not served by a UAE national carrier from Dubai.

Enhancing connectivity: Carried more than 75 million passengers since it began operations in 2009.